The Fall of The House of Usher 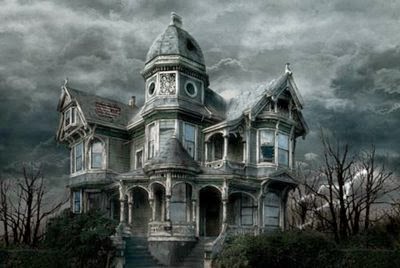 “The Fall of The House of Usher” is an outstanding masterpiece. After reading it I was curious to learn what the critics said about it and I got disappointed.  The intricacies that make up the fabric of this fascinating short story by Edgar Allan Poe have been overlooked.
According to Benjamin F. Fisher  “the ‘Usher’ narrator’s sojourn in the ‘house’ of Usher may symbolize a journey into depths of his own self, where he confronts psycho-sexual-artistic elements that horrify him by the far greater negative than positive possibilities they raise”. I agree partially with him on this statement, so let me start by saying that many of Poe’s stories explore the dark tunnels of the mind. This one is not an exception.
Poe was a daring writer who, under a literary veil, revealed the emotions and feelings that society might have judged and condemned. His poetical prose dredges up profound feelings and thoughts that had to remain hidden to avoid the inconvenience of their social consequences. Having said this, I will now explain my  perspective on “The Fall of the House of Usher”.
I believe the house of Usher is the embodiment of Mr. Usher’s depressive state of mind. And what is a depressive state of mind but the entrapment of the soul in a network of dark thoughts and emotions? This dark web distorts the sufferer’s views. Yet falling prey to this complex network requires a specific kind of substrate: a combination of  sensitivity and a profound understanding of reality (both inner and outer realities). This is a kind of journey that Poe understood well.
Through this story Poe paints the complex labyrinths of Mr. Usher’s moods, and the physical descriptions of the house are symbols of his mental experience. There is a spiritual connection between the narrator and Mr. Usher. Neither of them can be rescued from the sorrow of the atmosphere described by many critics as "claustrophobic".
The narrator fathoms Mr. Usher’s emotional turmoil while he navigates the waters of his own melancholy.

“We painted and read together, or I listened, as if in a dream, to the wild improvisations of his speaking guitar. And thus, as a closer and still closer intimacy admitted me more unreservedly into the recesses of his spirit, the more bitterly did I perceive the futility of all attempt at cheering a mind from which darkness, as if an inherent positive quality, poured forth upon all objects of the moral and physical universe in one unceasing radiation of gloom.”

Roderick Usher had invited the narrator to his house because there was a “mental disorder that oppressed him”. Roderick had an earnest desire to see his childhood friend for he believed his visit might help him to “alleviate his malady”. Even though Roderick considered him his personal friend the narrator confessed that he did not know him well because of Usher’s introverted nature. He explained this in this paragraph:

“Although, as boys, we had been intimate associates, yet I really knew little of my friend. His reserve had been always excessive and habitual. I was aware, however, that his very ancient family had been noted, time out of mind, for a peculiar sensibility of temperament, displaying itself, through long ages, in many works of exalted art, and manifested, of late, in repeated deeds of munificent yet unobtrusive charity, as well as in a passionate devotion to the intricacies, perhaps even more than to the orthodox and easily recognizable beauties, of musical science.”

Each and every description is memorable and vivid. Reading this story is almost like visiting this Gothic house or dreaming of it because of the powerful images that his prose evokes:
“There were many books and musical instruments scattered on the floor, but they failed to give any vitality to the scene.”
“The windows were long, narrow and pointed, and so vast a distance from the black oaken floor as to be altogether inaccessible from within.” All these simple details of the house carve out a feeling of isolation and loneliness. Right from the first paragraph we are thrown into an obscure landscape:

“During the whole of a dull, dark, and soundless day in the autumn of the year, when the clouds hung oppressively low in the heavens, I had been passing alone, on horseback, through a singularly dreary tract of country, and at length found myself, as the shades of the evening drew on, within view of the melancholy House of Usher. I know not how it was – but, with the first glimpse of the building, a sense of insufferable gloom pervaded my spirit. I say insufferable; for the feeling was unrelieved by any of that half-pleasurable, because poetic, sentiment with which the mind usually receives even the sternest natural images of the desolate or terrible.”
In this paragraph the narrator is clearly deprived of hope, another hallmark of Mr. Usher's mental condition. 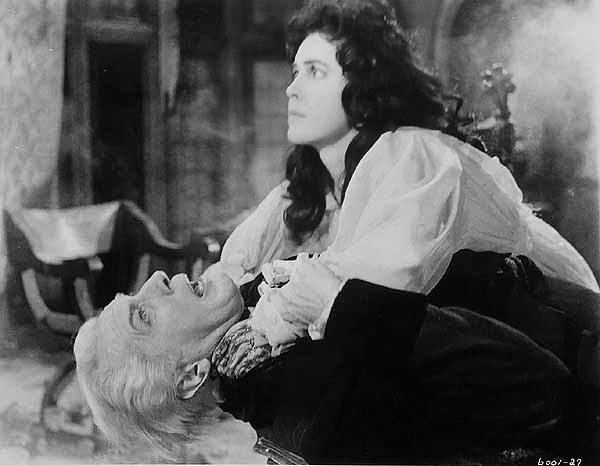 The loss of Mr. Usher’s beloved twin sister Madeline may have been the trigger of his mood disorder. Madeline had been his sole companion for many years. Some critics suggest that there are innuendos regarding a possible love affair between Madeline and Roderick. There are those who claim that the image of their  embrace under the moonlight at the end of the story hints at the union of their souls and the beginning of a new life together.
A sense of despair looms as the story progresses. We later learn more details about Mr. Usher’s situation and how his disorder  wreaks havoc on his life:
“And now, some days of bitter grief having elapsed , an observable change came over the features of the mental disorder of my friend. His ordinary manner had vanished. His ordinary occupations were neglected or forgotten. He roamed from chamber to chamber with hurried, unequal, and objectless step. The pallor of his countenance had assumed, if possible, a more ghastly hue – but the luminousness of his eye had utterly gone out. The once occasional huskiness of his tone was heard no more; and a tremulous quaver, as if of extreme terror, habitually characterized his utterance. There were times, indeed, when I thought his unceasingly agitated mind was laboring with some oppressive secret, to divulge which he struggled for the necessary courage.”

His descriptions help to deepen the character and move the plot forward while they build suspense. The man is struggling with his secrets. He is overwhelmed by the terror that guilt and uncertainty inflict upon him. He is very frightened and anxious.  The narrator educes Mr. Usher is a slave to his emotions. He has lost control over them; thoughts of death abound:
“To an anomalous species of terror I found him a bounden slave. ‘I shall perish,’ said he, ‘I must perish in this deplorable folly. Thus, thus, and not otherwise, shall I be lost. I dread the events of the future, not in themselves but in their results. I shudder at the thought of any, even the most trivial, incident, which may operate upon this intolerable agitation of soul.”

I believe Edgar Allan Poe was ahead of his time. He was able to reveal complex insights on the human psyche. His poetical, timeless story is the detailed account of  a mental crisis that resonates in our era of depression epidemics.
Posted by Julia Hones at 10:33 AM 11 comments:

" I saw all the colors in my mind; they stood before my eyes. Wild, almost crazy lines were sketched in front of me."
-Vasily Kandinsky 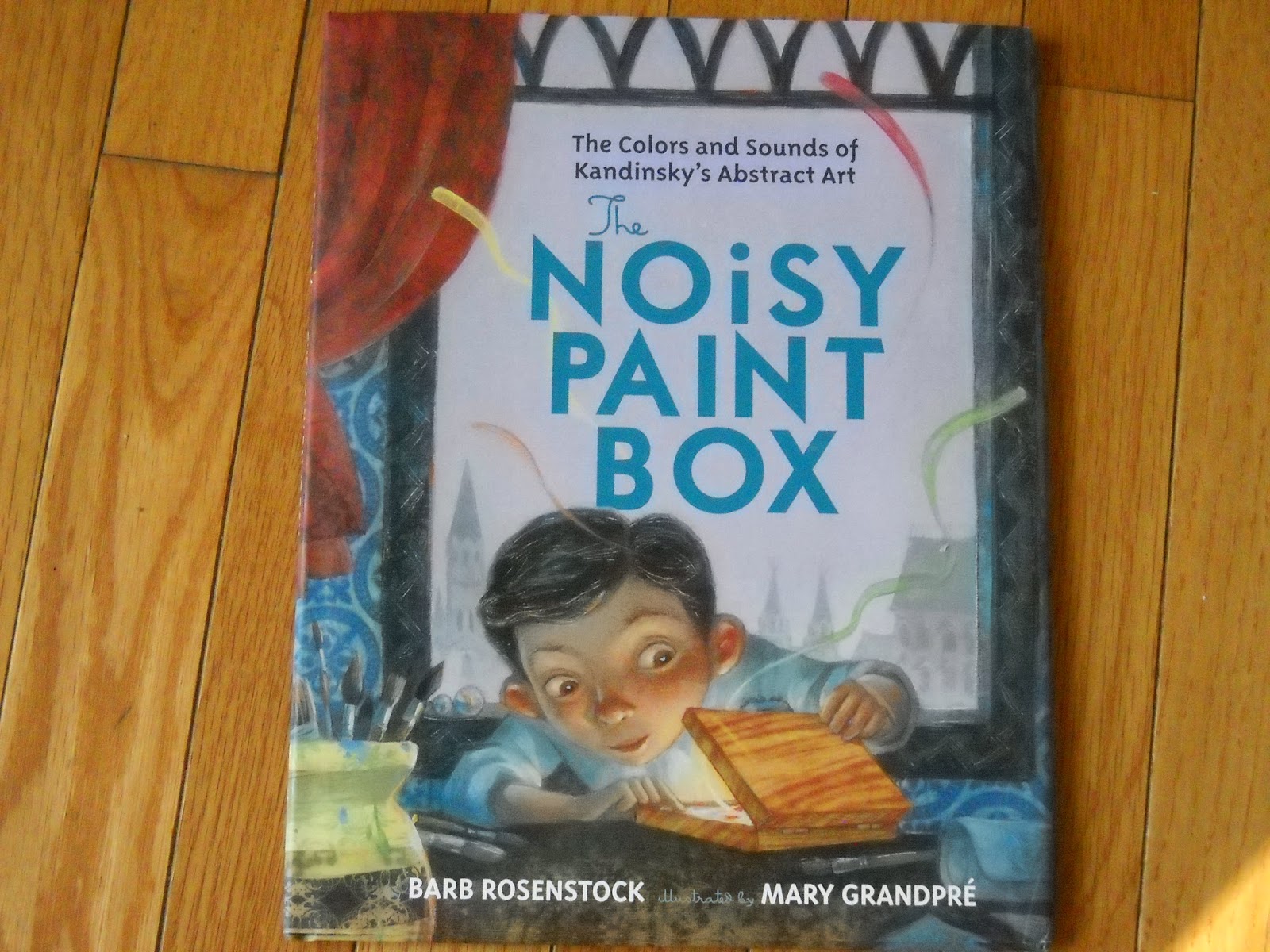 When I read "The Noisy Paint Box" to my daughter I learned the concept of synesthesia. "The Noisy Paint Box" is a book about Kandinsky’s childhood. In his writings Kandinsky describes hearing a hissing sound as a child when he first mixed colors in his paint box. Kandinsky experienced colors as sounds and sounds as colors throughout his life.
It is thought that Vasily Kandinsky had a harmless genetic condition called synesthesia. Synesthesia is a word that derives from the Greek. It means “union of sensations”. There are more than sixty types of synesthesia. In people with synesthesia a stimulus in one sensory modality (e.g. vision) involuntarily triggers another sense (e.g. hearing). Scientists believe that this happens due to co-activation of different areas of the brain as people with synesthesia probably have more pathways between such areas. 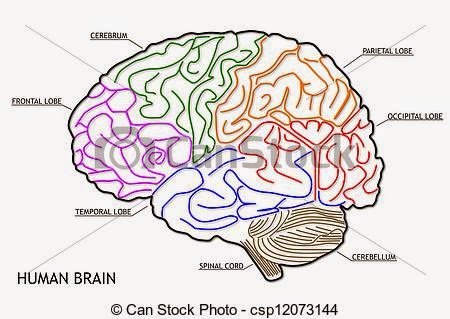 After reading this book to my daughter I wanted to learn more about synesthesia. One of the pioneers in the study of synesthesia is the neurologist Richard Cytowic who published a number of case reports and wrote books about it.
Reading about synesthesia, however, left me with more questions than answers. I don’t know if I have synesthesia but what I do know is that I have  synesthetic experiences with some words. There are many words that elicit colors or images in my mind. A few of them can trigger flavors. Now this does not necessarily mean that I am a synesthete.
Perhaps synesthesia is one feature that may or may not exist in people with creative trends. After all, the creative mind is adept at making connections and finding meaningful associations between things, ideas or objects.
Do you ever have any synesthetic experiences, or do you know anybody who may have this condition? Share your experience.
Here is a list of other famous people who may have had synesthesia:
Vladimir Nabokov (writer)
William Blake (Poet, writer and painter)
Albert Einstein (physicist, philosopher of science)
Isaac Newton (physicist, mathematician)
Olivier Messiaen (composer) 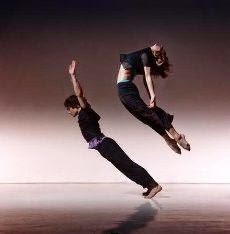 I read somewhere that children are synesthetes but as they grow they lose the capacity to have these synesthetic associations.
How about combining music with art in schools? Writing with music? Writing and art?    Physical movements and writing? Maths and art?
Think about all the combinations. We tend to separate everything into boxes, and, as we do that, we may be curtailing our kids' creativity.
Something to think about and research on. I hope neuroscientists and educators will work together to research this and enhance the educational experience.
If you want to learn more about synesthesia feel free to visit the website of the American Synesthesia Association