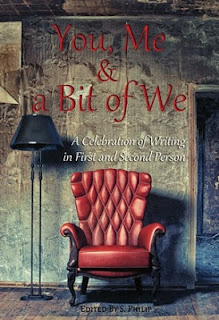 My short story "A Hospital in Latin America" was accepted by Chuffed Buff Books for the "You, Me & a Bit of We" anthology, a celebration of writing in first and second person.
This anthology includes a unique, broadly themed combination of short stories and will hopefully be published in December or January. (There is no specific date yet).
I look forward to this release and to reading all the other stories that make up this intriguing anthology.
Posted by Julia Hones at 3:30 PM 9 comments: 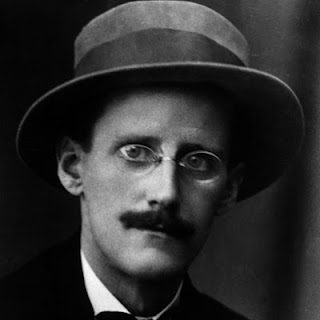 James Joyce had his autobiographical novel "A Portrait of the Artist as a Young Man" rejected over twenty times. I recently finished reading it and I felt an intimate connection to the story and to the main character. The first unpublished version of the story, "Stephen Hero", was thrust into the fireplace by Joyce in a fit of rage. His sister rescued it before it got swallowed by the flames. He later spent many years working on it.
In “A Portrait of the Artist as a Young Man” Stephen Dedalus is  the main character.  (In Greek mythology Dedalus was a character who created wings to fly away from his prison, so the name chosen by Joyce may have been an allegory of his own situation, as Joyce felt imprisoned in his own culture).
As we enter Stephen Dedalus’s childhood we follow the flow of his thoughts - his internal monologue - without riding on preconceptions or judgments. Yet nothing feels forced into us; one is not just a witness, one feels like Stephen Dedalus, for it is easy to identify with his stream of consciousness.
Stephen simply reports and shows situations that shaped Joyce’s past. With a sense of wonder and curiosity, he examines the events and people around him from a child’s perspective, leading us to see every situation anew. This novel, rich in literary and religious references, is composed of different periods of his childhood and youth, revealing political arguments and family disputes that may have influenced Joyce later in life by stimulating his mind and encouraging him to develop his own ideas. It also helps to portray the Irish society and its nationalistic fanaticism in the early 1900s.
James Joyce felt like an alien in his own land, daring to think and to feel different from his peers. Assuming this role was an endeavor that had a risk attached: the risk of being shunned by the people of his own country. It involved accepting and embracing the loneliness that was part of the freedom to express himself.
“To merge his life in the common tide of other lives was harder for him than any fasting or prayer, and it was his constant failure to do this to his own satisfaction which caused in his soul at last a sensation of spiritual dryness together with a growth of doubts and scruples”.
There is a tone of nostalgia and melancholy in his writing. The musicality of his voice and the beauty of his style captivated me from the beginning.
Anybody who is willing to learn more about Catholic religion will find Joyce’s novel enlightening. Another interesting aspect of this story is that Joyce slips into his narrative the idea of "social liberty and equality among all classes and sexes". It may have been for this reason that the feminist and activist editor of The Egoist, Harriet Shaw Weaver, agreed to publish his novel at a time when every publisher rejected it. Not only did she publish his novel, but she also provided him with the financial support he needed to give up teaching and devote himself to his literary career full-time. As from 1916, Harriet Shaw Weaver and James Joyce corresponded almost daily. She proofread his work, gave him literary feedback and encouraged him to pursue his aspirations. “A Portrait of the Artist as a Young Man”, published by The Egoist Press in 1916, was praised by some critics but was also attacked by the mainstream press.
This novel is about the path that convinced James Joyce to search for freedom in his self-imposed exile. The powerful conversation with his friend Cranly makes this clear when Stephen says, “I will not serve that in which I no longer believe, whether it call itself my home, my fatherland or my church and I will try to express myself in some mode of life or art as freely as I can and as wholly as I can, using for my defense the only arms I allow myself to use, silence, exile and cunning.”
In 1904 James Joyce left Ireland with his lifelong partner, Nora Barnacle, to develop his literary career and to escape from the fetters of religious and nationalistic fanaticism.

Helen Keller's life. A movie and her book 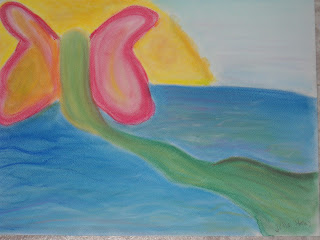 Helen Adams Keller was a healthy child until a fever robbed her of her sight and hearing when she was nineteen months old. Her parents were desperate and puzzled, and did not know what to do with her. Yet this woman eventually learned to read, write and speak. She even graduated with honors from Radcliffe College in Massachusetts in 1904.  The fact that she was raised in a far off town in Alabama in the late 1800s made her journey even more challenging.
I watched the black-and-white movie "A Miracle Worker" which focuses on Helen Keller's childhood. It touched me deeply. The greatest accomplishment of the movie was to kindle my curiosity. I wanted to learn more about the cave of darkness and silence she lived in, and how she was able to finally make sense of the world. Right after seeing this movie I came across her autobiography, "The Story of My Life".
Her path to understand that signs with hands were associated with real objects and words was not an easy one, but her ultimate discovery is a unique experience that can bring hope to the saddest soul.
If you are longing to see a movie that will uplift you and make you feel hopeful, this is a good one to pick. Helen Keller's parents did their best for her, but Helen was like a violent animal who did not respect civilized rules until Anne Sullivan, her teacher, came to her life three days before she turned seven years old. Anne Sullivan had been blind herself and so she was able to help her from a unique position. It was not an easy endeavor and the movie portrays it with details that will test your patience.
Helen described how her life changed after she met Anne Sullivan:
"Have you ever been at sea in a dense fog, when it seemed as if a tangible white darkness shut you in, and the great ship, tense and anxious, groped her way toward the shore with plummet and sounding line, and you waited with a beating heart for something to happen? I was like that ship before any education began, only I was without compass or sounding line, and had no way of knowing how near the harbor was. I felt approaching footsteps. I stretched out my hand as I supposed to my mother. Someone took it, and I was caught up and held close in the arms of her who had come to reveal all things to me, and, more than all things else, to love me."
In my opinion,the only weakness of the movie is the distorted way of portraying Helen's parents' love for her, as  if this had been a contributing factor to her misery during the first childhood years, before they met their teacher. On the contrary, their love played an important role even though they did not know how to set boundaries. Her father also had some misconceptions that were not in her best interest, but Anne Sullivan made the big difference here. Anyway, my point is that it was not their love that caused the initial failure but their lack of guidance and insight on how to raise her.
Helen's Autobiography has many interesting insights and reflections about different subjects. One of them is her college experience. Reading her book also helped me to understand that disabilities are compensated for by other "abilities" and sensitivities.
"The touch of some hands is an impertinence. I have met people so empty of joy, that when I clasped their frosty finger tips it seemed as if I were shaking hands with a northeast storm. Others there are whose hands have sunbeams in them, so that their grasp warms my heart. It may be only the clinging touch of a child's hand, but there is much potential sunshine in it for me as there is a loving glance for others. A hearty handshake or a friendly letter gives me a genuine pleasure."
Much of Helen's adult life was spent bettering the conditions of blind and deaf people. Her lectures and writings brought hope and encouragement to blind people throughout the world. I can say without hesitation that she is an inspiration to all of us.